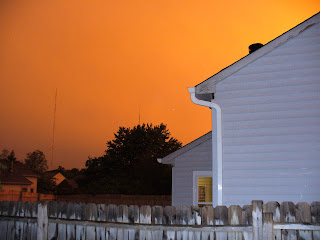 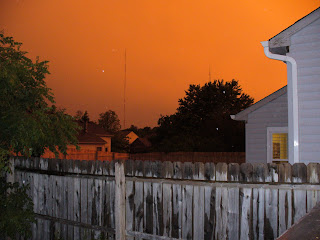 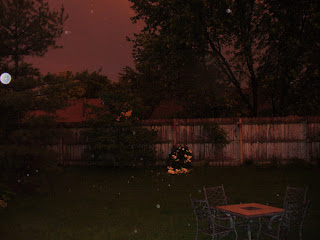 So far the recovery is going well, all things considered. As you know, my biggest fear was that I would come home from the hospital with an infection. Well, it's been a week since the surgery and I feel pretty good! I still have some pain, discomfort, and an occasional low grade fever, but the incisions look great and there haven't been any signs of infection! In fact, the incisions look so good that I thought about posting a picture of them. Lucky for you my roommate convinced me that pictures would be disturbing.

As Sarah reported, the surgery was very successful. The surgeon got all of the abnormal bone out of my hip and was able to save most of the muscle it had grown into. He also found two exposed nerve endings near the end of my femur, which he removed while he reshaped the bone. One would expect that having bone removed and reshaped would be extremely painful. One would be correct, however, the anesthesiologist (sp?) used a new technology for a nerve block.

The nerve block was administered through medicine ball connected to a catheter that went into my back about four inches to the left of my spine. The catheter stayed in for three days, and I was able to adjust the dosage of the nerve block based on my needs over the duration of my hospital stay. This, plus the morphine IV helped me manage my pain. For the most part I was able to keep the pain down to a minimum.

The first night in the hospital I had problems keeping the pain under control after I went to sleep (because I couldn't press the morphine button). The nurse neglected to tell me that I had a prescription for percocet to take before I went to bed. The next day and night were a lot better, thanks to the pain meds! The third day was a good day too, until my IV blew out. None of the nurses were able to get an IV started in an acceptable location (anywhere but my wrists, elbows, or hands) so I had to give up the morphine at that point. That night was a little difficult, but I was able to keep the pain under control. The next day the nerve block had to be removed. Since there wasn't anything connected to my body (IV's or Catheter's), and my incisions were doing well, there really wasn't any point in staying another night. So, on Monday afternoon I came home.

I felt so good on Monday that I acted like everything was normal when I got home. Unfortunately I didn't drink enough and got really dehydrated on Tuesday morning. It was a good thing that Mom came over to spend the day with me, because I felt really sick, and needed my Mom. Mom has been coming over while my roommate is working, to keep me company and help with anything I might need. I've really enjoyed the time to bond with her. Dad came over today and is coming tomorrow, so we're getting in our time as well.

Overall I'm feeling much better. In fact, there are times when I feel so good that I have to remind myself that I've just had major surgery. If I don't, I have a tendency to over do it, which leads to a difficult night (from a pain perspective). The biggest difficulty over the past week has been dealing with the withdrawal symptoms from the morphine and the nerve block, in addition to the very uncomfortable (and somewhat disgusting) side effects from the narcotic pain killers I'm still taking.

Even though I feel good, I've got to take it easy. Over the next several weeks I'll be focusing my time on increasing the range of motion in my hip. The first step is to spend as much time as possible laying on my stomach. I tried that last night, and it hurt like a ... well, I'll just say it hurt.

If you've been watching the news, or if you live in Indiana, you're aware that we've been getting a lot more than our share of rain. I took the pictures above after a storm that knocked out our power last night. There were no special effects used in these shots. Now I know what my neighborhood would look like if it was on Mars!

Comments:
It's nice to hear from you today...you sound good.
We think about you always and hope things are going well...
I really love the photos too :-)

whoa! your photos do look like eerie sci-fi! the hospital where my sister's husband practices in Columbus,IN was flooded and will be closed for a few weeks - unprecedented.
so glad you're now successfully through this surgery and on the mend. you never cease to amaze us, Jeremy! but do try not to overdo it for awhile . . . .
love,
Paula

The photos are interesting. Is the glow coming from lights on other streets.
So happy that you are on the road to recovery.

Love from warm, dry and smokey Virginia due to fire in Dismal Swamp.