Returning to "Normal" (with some improvements) 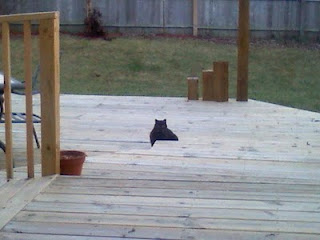 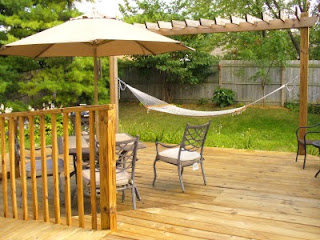 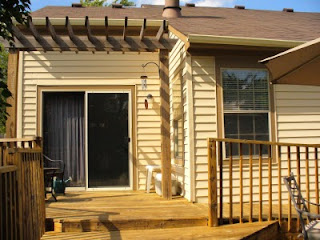 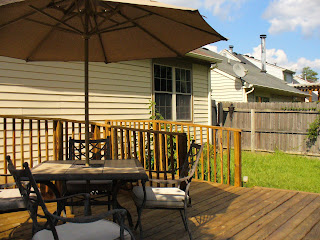 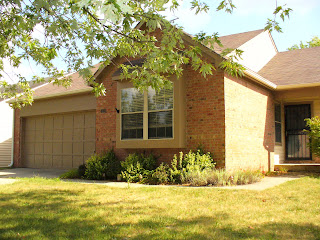 Since returning from Vancouver life has gotten back to normal, or at least as close to any kind of "normal" my life can be said to have. The down side is that there isn't really anything "exciting" happening for me to write about, which is why I left the last post up a little longer than I should have. The up side is that this update won't be nearly as long as the last two! (I've received some comments about the fact that the last two updates were more like chapters in a book(ahem...Beth Ann), so I'll try to be more brief...)

The rest of July and the beginning of August have continued to be quite busy. I had a few more speaking engagements, including one particular evening where I spoke to three different classes at IUPUI on the same night! (All in rooms right across the hall from each other.) I also had the honor of participating in a panel discussion at the ADA Summit (held at the Indiana Government Center) about how the Hospitality and Entertainment industries in Indiana have embraced the spirit of the ADA (Americans with Disabilities Act, not to be confused with the American Dental Association) (really, some people have been confused by this..?). That particular event was part of Indiana's celebration of the 20th anniversary of the ADA. It was a huge honor to be asked to participate in the discussion!

As I've said before, it's important to find time for the personal side of your life as well. Our family reunion was a few weeks ago, and it was great to see everyone. When I arrived it was a delight to be greeted by a cousin who lives near Washington, DC. The last time that I had seen her and her family was during my visits to DC last year and I had no idea that they were going to be here for the reunion! Dad and I spent a great afternoon painting my garage door, and Dad had actually spent the whole day (one of the hottest days of the year) working on the trim. (This was one of those projects that had been on my mind for years.) The next day Mom and Dad both came over and Mom and I gave the garage door a second coat while Dad worked on the rest of the trim. Once we were finished with the garage door Mom went to town on the back yard. (When she was finished the yard looked so beautiful that I could barely recognize it. Of course, it pales in comparison to her magical garden!)

With the help of some great friends I've also found the time to get another one of those "long-term" projects knocked off the list. Last weekend I finally found the time (and the weather) to clean and seal my deck. Two years ago several friends and family members helped me build a deck so that I could get use of my yard again. Unfortunately I never got around to sealing it. It should have been done last year, but I never found a period of time where the weather conditions were right and I didn't have anything else occupying my time.

This year I've been watching the weather like a hawk and I was finally rewarded with a relatively dry period. I made some quick calls and was able to find all of the help I needed. My friends James and Nate (plus Nate's kids) helped me clean the deck on Friday night. (The funniest part being when James was slowly backing my wheelchair up the ramp while I was spraying the cleaner on the deck!) Then James came back on Saturday to help me paint the sealant on, and our friend Jamie joined in.

With these two projects done I thought I should show you some pictures. Unfortunately I didn't have any before pictures of the house (the trim pretty much matched the siding, and it was in pretty bad shape, most likely the original paint.) There is one before shot of the deck. (Taken in an earlier season, but you get the idea...note the black cat, who I think may be the mom or dad of the kitten (Jasmine) that I took in last year. It shows up on the deck every couple of weeks and just stares at the back of the house...creepy...) Hope you enjoy the rare peek at my "sanctuary"! (...please make comments...yes, I know the grass needs to be cut...)

(OK, so it's still long, but at least it's shorter than the last one!)

Comments:
Getting ANY outdoor projects done this hot, wet summer is absolutely amazing, but the yard and house and deck (and garage door) look great! Congratulations and what a great bunch of family & friends :)
Florence

Well cousin, don't we sound sassy??? I would expect nothing less. Love you!

P.S. Just because I think your posts are long doesn't mean you can't continue posting them. I will just get the abridged version on the phone with you. :-)

Wow, it all looks just great! Kudos to all the hard workers. Maybe if we can keep the temperature out of the mid 90s, you'll be able to enjoy it more!

Thanks for posting the pictures -- we love to see them, and to read your words. I think Beth Ann is just trying to hint around to get you to actually *write* a book. ;-)